Skip to Content
Home A Short Explanation on Husbynds and Wyves

One day this past summer, I sat in a friend’s home watching my lovely wyfe and our lovely hostesses bustle about the kitchen and make dinner. It is not often that the Lesbian Housewyfe gets a break and this one was blissful! I reclined on a couch in the living area, read magazines and drank a beer. Mmmmm. I went through my friend’s extensive collection of publications one by one until I reached this one particular gay magazine with Greg Louganis on the cover. Intrigued by the promise of an excerpt, I opened and started flipping. Somehow I landed on an article expressing the general frustration of the homosexual community over the lack of a label for our “life partners.” Reading that article, I realized my mission. This idea could have some merit, I thought. Now for the acid test.
I bounded into the kitchen area and exclaimed, “I have the answer!”

All regarded me with suspicion. Only my sweet wyfe was brave enough to venture. “LA…. What exactly is it the answer to?”
“The gay spousal label problem!” I stated proudly.
“Oh.” Everyone relaxed and went back to their duties. As I thought they were rather dismissive, I chose not to reveal until they asked.

Steph chopped up a cucumber.

I bit my lips together.
Sauce dripped down the side of a jar.

“Well, since you asked….”
No one responded.
“Wyfe-with-a-y and husbynd-with-a-y!”

“Uh-huh.” A voice from the kitchen encouraged. 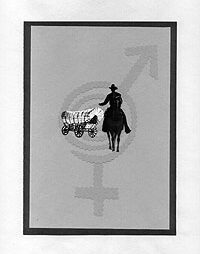 I barged on. “You see, I got the idea from womyn-with-a-y. I was just reading this article about the whole problem and thought, ‘this lady seems so emphatic that none of the words we are using are specific or emotional enough. What is the answer? What words could we use to signify the warm fuzzy aspects of our relationship and still show the formality of our commitment? What words could we use to emphasize the nontraditional formation of our relationships? What words can we use to show our true and complete partnerships? Well,’ I thought ‘what word best describes the formal familial status of Stephanie in my life?’ My answer to that question is that she is my wyfe. You like that label, don’t you honey?”

She nodded (in recognition of Lesbian Law #11: Value and treasure every remark your partner utters (serious or silly) and back her up, if need be) and I continued. “So you see, since the words husband and wife are so widely recognized, then it follows that husbynd-with-a-y and wyfe-with-a-y would retain the easy recognition and carry the emotional and formal status of this relationship without ambiguity. At the same time, these words (rather aptly, I think) point out the nontraditional form of the relationship through the spelling and non-gender-specific use.”

My friend’s lover piped up, “So I can be a husbynd?”
“Yes!” I exclaimed, delighted that she grasped the concept so quickly. I must be making sense, I thought, and started doing cheers in my head.

“Does that mean I have to be the wyfe?” My forty-five year old radical lesbian friend asked defensively.

Whatever, I thought, and placed special emphasis on that second syllable so as to emulate that ever-so-unique junior high brush-off.

I took a deep cleansing breath and said aloud, “No. You can both be husbynds or both wyves or one be a wyfe and one a husbynd. It’s more personal preference than anything else and, frankly (or janely), it could change from day to day.”

“Hmmm.” She said and I could tell the idea appealed to her. Yes! I thought and the fans began to cheer once again.
Then the questions began to fly.
“Can a wyfe mow the grass?”
“Every day.”

“What about gardening?”
“Either or both as far as I’m concerned.”

“You could be a house husbynd.”

“Can a housewyfe have a job?”
A

“Don’t be a goober,” I replied. “I think it’s basically whatever you feel more comfortable with. Do you feel like a husbynd or a wyfe?”
“Husbynd.”
“Well, that’s that then, isn’t it.” I said.

Now that I look back at the incident, I might have been a bit snippy because my forty-five year old radical lesbian friend looked sharply through astonished eyes and I knew I was in it now. I steeled myself for the storm that can be created by a womyn-with-a-y who has seen first-handbot h the oppression of the patriarchy and the acceptance of the Michigan Womyn’s Festival. She lived through Stonewall. She worked in a lesbian-owned womyn’s bookstore. She’s done radical lesbian guerrilla theatre. She’s held pot-lucks.
I had broken Lesbian Law #24: Never, ever cross a crone.
I was so in trouble.
My heart beat faster.
Her laughter escaped in a huge bark followed by a trail of giggles from everyone.
I almost fainted.
“Well,” I breathed a silent sigh of relief and swallowed, “isn’t this a great idea?”
“I think,” my forty-five year old radical lesbian friend replied, “this idea could have some merit.”
And I wisely allowed the conversation to deteriorate into gossip about old friends and cooking instructions.
But I smiled knowingly for the rest of the evening because I know Lesbian Law #1: Never Underestimate the Power of a Lesbian Housewyfe.
This idea could have some merit. 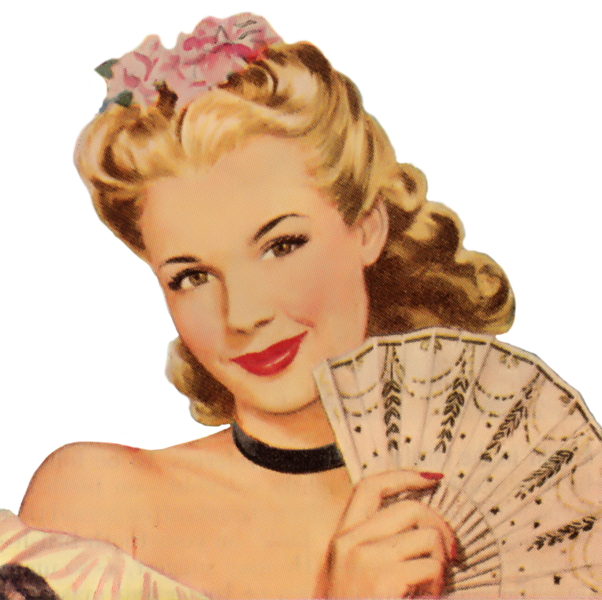